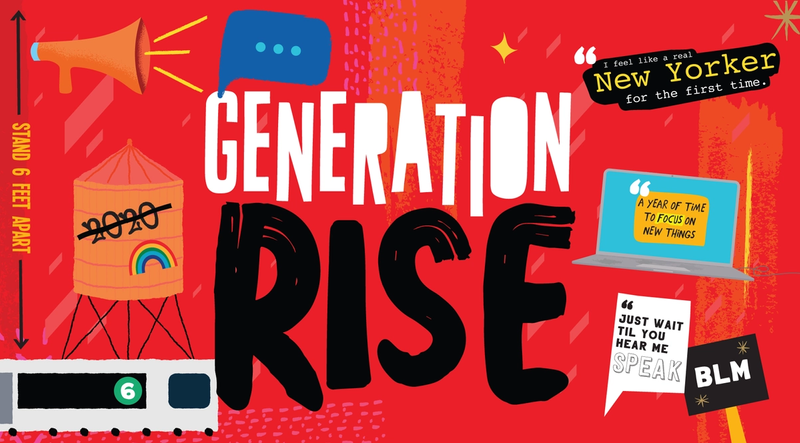 We are excited to announce that Generation Rise, a new production in the Undesirable Elements series, will kick off the New 42/New Victory Theater’s 2021-22 season on November 5 and will run through November 14.

Presented by Ping Chong and Company in association with New 42/New Victory, this new work was originally developed as a virtual documentary theater production in Spring 2021, in collaboration with Urban Word NYC, and inspired by the critically acclaimed Generation NYZ (New Victory 2018).

Written and directed by Sara Zatz and Kirya Traber, Generation Rise is an interview-based production featuring Black, Latinx and Asian American teens from New York City telling their own stories and reflecting on their lives before, during and after 2020—a year of crisis and transformation.